10 ways you can improve your TV reception if you use an over-the-air antenna for programming these 10 tips I have for you will definitely make a difference between a non watchable signal and a watchable signal so back in the analog days of reception was an optimal you’d probably have a little bit of static both in the picture and in the sound and you might also have some ghosting due to multipath interference, in the digital area you either have the signal or you don’t so you have to do everything you can to get the best reception possible  also most television stations aren’t on the channel they identify as.

Find What Frequencies are on TV Channels on your Area: 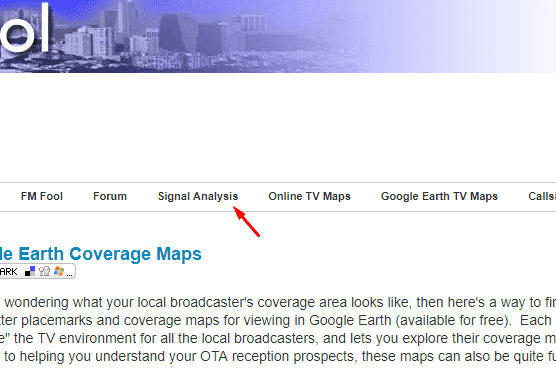 List of Ways to get the best OTA reception: 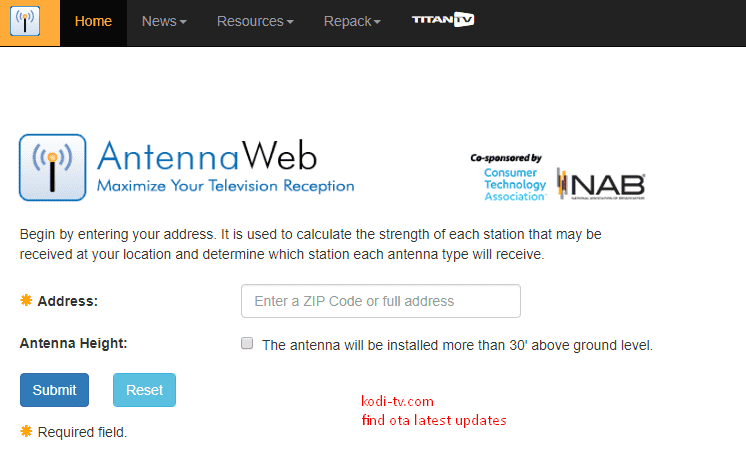 you want to make sure the antenna is pointing in the proper direction of the broadcast towers and you can find this out on antennaweb.org and typing in your address it’ll show you the exact location the antenna should be pointed at.

Now if you’re using an indoor antenna you want to make sure that antenna is near a wall or window in the direction of the broadcast towers so for example in my scenario if I have signals coming from the north and I have my antenna on the south side of the house it’s not gonna do a good job pulling in those stations.

The next step I have to improve television reception is finding what I call the sweet spot now in many areas that don’t have optimal reception it’s unlikely that just putting the antenna in a random position is going to get you all the station’s you’re gonna have to move it around tries in slightly different directions different locations on the wall possibly in different rooms to find the best signal they can get in all the stations. 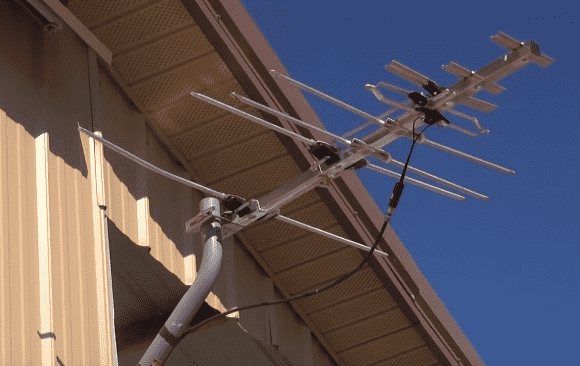 For those of you with an attic or outdoor antenna set up another way to improve reception is by adding a preamplifier. Suitable for those having an address in weaker signal areas and have more than one antenna is connected to multiple tv sets. Don’t use them in case your address is already in the strong signal zone. 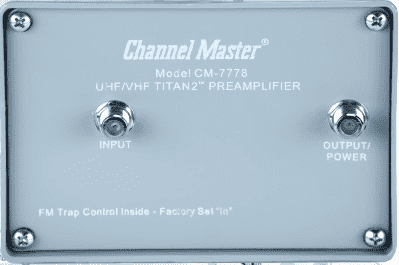 Most people aren’t aware of the fact that every foot your cable runs you lose a tiny bit of the signal and 25 to 50-foot cable runs can lose channels depending on how weak signals are. 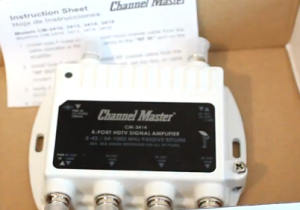 Another way to improve reception is if you’re using these little unpowered coax splitters you should know that every time you split the signal you’re losing a little bit of signal and that these should be replaced with distribution amplifiers that not only compensate for the loss when splitting the signal but also add a little bit of gain so that you don’t lose even more of the signal through long cable.

Another way to improve TV receptions to make sure not only the antenna but also the coax cable running from the antenna to your TV set does not run parallel to any electrical cords electrical lines or even perpendicular and intersect these lines because that can interfere with the television signals themselves as well. 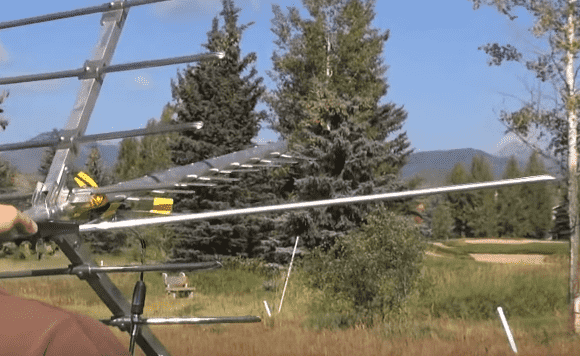 If you live within 10 miles of a very powerful FM radio station there’s a good chance that radio station is in turf with some of the weak or VHF TV stations, many preamplifiers have FM traps built-in but one thing you need to make sure of is that you don’t have any station broadcasting on VHF channel 6.

If you have a TV station that identifies as like a Fox 6 or an NBC 6 they probably aren’t broadcasting on that frequency you can verify this by going on TVfool.com type in your address under signal analysis and looking at the real channel the only exception of the rule is  ABC 6 in Philadelphia they do broadcast on VHF channel 6 and you don’t want to use an FM trap with that station. 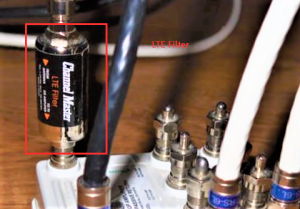 it’s also possible you may be receiving 4G LTE signals interfering with UHF TV stations and one way to combat that interference is to purchase an LTE filter they simply screw on to your coax cord going from your antenna to your TV set or distribution amp and quiet down those LTE signals the interference that you’re getting from mobile phones. 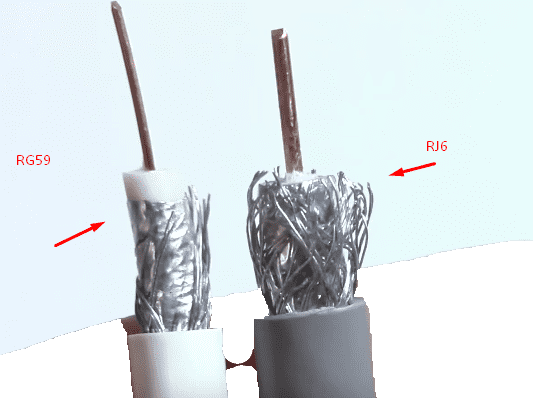 Another way to improve television reception is to make sure you’re using a decent coax cable most of you aren’t aware there are various different kind of coax cables most common are rg59 rg6. As you can tell RG6 is much thicker than rg59, it can bend and just goes down easily it’s more subjective to interference and rg6 is a lot more sturdy.

10. Mount Antenna Outside or in the Attic

Finally, the single best way to improve your TV reception for those of you not in the best reception area is to mount your antenna either in the attic or outside, many people just want to get the cheap little flat panel antenna mounted by their TV set and expect every single station to come in the market that’s not usually the case there are certain stations that are weaker than others and as a result you got to do all you can to bring in those signals and make sure the signals stay the same in bad weather indoor antenna models are usually smaller than outdoor models so they’re not as good in terms of reception, in addition, you can lose up to 50 percent of the signal by using an indoor antenna inside just because of all the building material on your house aluminum siding can significantly weaken the signal.

So if you’re having reception issues and you tried everything that we mentioned try just putting the antenna outside it’s not gonna annoy you as long as it’s grounded properly you’re not going to have any problems.